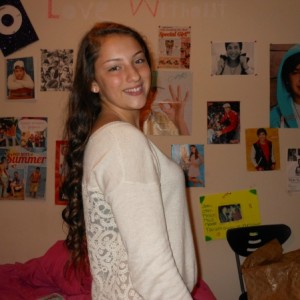 Status: the girl you used to know? she left just like you did

Hi! My names Nicole!
I'm 14 years old!
I'm going into ninth grade, yay.
I play Lacrosse and Cheerleading
I'm a Mahomie the Mahomie
I'm madly in love with Austin Mahone.
If you don't know who that is, leave. Just, goodbye. Don't even bother following me.
Well I don't really have many friends cause i'm really annoying and hate people.
I'd love it if someone would talk to me.
Have a nice day!