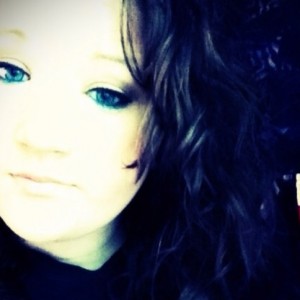 I'm an aunt, a sister, a daughter, a girlfriend && a bestfriend

My name's Alicia Elizabeth and  I blew out my candles on May 26. I’m  a single pringle too, not that i'm particualrly proud of that. I’m just a dreamer who wishes on 11:11 and birthday candles. There are times when I’m outspoken && a leader and other times when I’m shy && a follower. I like the color green, sweet guys, my best friends and photography. I love my family && friends and no one will ever change that :) I write poems and I sing my heart out. I can be a total nerd at times && can sit there playing video games with my sister for hours.
things i like:
weird movies like Juno and Napoleon Dynamite. (my favorites.)
guys who play some sort of instrument ( sports are good too(:  just sayin' )
the colors blue, purple and green.especially green.
french fries. because they're amazing. and not french at all.
Running
. i go running all the time. something about it is fun.
suprisingly enough, there are times when i actually LIKE football.
i like having the abilities i do.

I don't judge anyone because it can be hurtful and I’m always nice to people unless you're not nice to me. I always try to make people smile even if I’m in the worst mood ever :) I’ve been through so much , so I’m just like all of you. I may not be gorgeous, but I’m only me