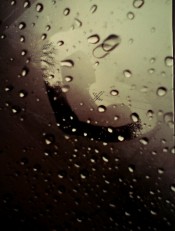 Some may call me crazy or call it impossible,
but i've decided to stop chasing boys, and wait for my