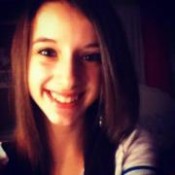 QuotesCommentsFollowersFollowUnfollowBlockUnblockLytCredit
Hey, guys. I'm back. I don't know if you remember me or whether it even matters, but I'm here. I needed some time away from this website to gather myself (it took me long enough, huh?) and I'm finally back. It's your choice whether you want to read my stories or not; I won't push you.  I just wanted to let you guys know that I miss you and I should have never left
Okay, on with it now.
Love you guys!
Yours truly,
Renee <3