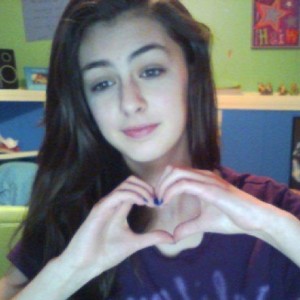 Location: Waiting for Mouse to magically appear in my house... (Dude, if you can do that, pop into Niall's room first and bring him with you)

I like One Dierction, Michael Buble, The Script, Eminem, Justin Bieber, Coldplay, Katy Perry (etc. etc.), and pretty much every type of music. I'm dead serious I will listen to anything...

I like food and eat everything yet I never seem to gain weight. I hate being so scrawny, but what am I gonna do? I'm not fond of those who act stupid to be cute or funny (I'm a genius which is probably why). I'm pretty laid back and carefree... just livin' life as it comes. The fact that this whole description is so choppy and poorly punctuated will annoy me later, but I'm not a geek I swear. It just annoys me when people have choppy sentences and don't use punctuation correctly...

Also! I sing and rap. The whole rapping thing is this guy named Marshal Mathers fault but, hey, it's fun...

Go here ---> http://www.youtube.com/user/mousenweasel?feature=results_main <--- You know you want to...

People also call me Weasel, Mini Cavanaugh (only a few people will understand that one), Child, Hey, *Poke*, *Slap*, *Kick,* (you get where I'm going there. My friends like to get my attention by violating or giving me minor injuries) Rach, Dude, or they just start talking to me...

If you just read all of that, let me know and I will be your best friend.

V I still can't get over this gif V

V Love that smile V
(Before AND After braces)

v Someone hold me v