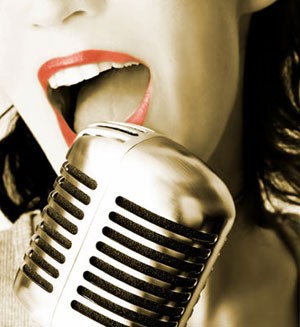 megaserperior · 7 years ago on quote 6801262
That is freaking AMAZING

megaserperior · 7 years ago on quote 6785848
Same here :) Writing this has made me want to look through all of the old emails and chats.

megaserperior · 7 years ago on quote 6785848
I honestly don't know if I could call this "love", but it's as close as I've gotten so far. So, my guy's name is Matt. This is probably the second or third time I've talked about him on Witty, but whatever. So, I've had this HUGE crush on him for a little bit over a year now. I'm just gonna say it now, he hates almost everyone and everything. The emphasis here is on almost. There are varying degrees to his hate, but he still calls it hate. We've known each other since we were like two because we were both adopted from the same Province in China. Ironic, right? Despite that, we never really payed much attention to each other until sixth grade. Let's just say... We enjoyed annoying each other, a lot. At the first band concert I was teasing him about something really stupid (I don't even remember what) and when he started blushing I accused him of wearing man makeup.... Yeah.... Later in the year he was taunting me in band, so I hit him in the shoulder with my clarinet. The bell of a clarinet makes a surprisingly useful weapon. So, what happened is, I "broke" this guy's heart when he found out I didn't like him even though we were "dating". (Completely different story.) Matt was friends with this guy, so he emailed me to at least become friends with said person. I emailed him back saying why I won't. This went on for awhile, and we started talking about it in school as well. The guy noticed this, and started spreading rumors and making fun of us for "Being in love" and other like that. Long story short, I soon began to like Matt more and more each day. It completely sucked though, since every day I literally I had to say "No, I don't have a crush on him at all. We're just friends." Eventually, I got the nerve to send him "Hey, there's something I need to tell you, but I don't want it to jeopardize our friendship." via online chat while he was away. He came on later and I eventually told him that I like him. He was, well, stunned at first, but he felt the same way about me. We started having really cute and deep conversations on this website. Despite this, we decided not to date because we agreed that we were too young and it would probably fuel the rumors. Meanwhile, all of our friends thought that we were liked each other as well. None of them spread rumors or anything, but they did try to convince us to go out. One of Matt's friends gave him a couple dares concerning me. He only went through with two of them, but I'm pretty sure both of us enjoyed it. One day when I got to school, Matt came up to me and gave me a beautiful red rose. It had been picked from his garden or something on the way to school and was slightly crumpled, but it was one of the prettiest things I have ever seen. The other dare dare, was to hug. We originally planned for it to be on the upcoming Friday, but on Wednesday, Matt found me after school. He told me to follow him so we walked for a couple blocks. He dropped off his backpack, and he hugged. It was the best feeling in the world having his chest against mine. We simply stood there or like ten minutes, it was amazing. Then, summer came. The website was down for awhile and we had no means of communication. I couldn't help but daydream about him and get slightly paranoid that he wouldn't like me by the time summer ended. School came back around for seventh grade. Most of the rumors had ended, but we still had to tell a couple people that we weren't dating. One of my friends soon noticed that Matt would protect me whenever I seemed like I was in trouble. That's when I knew that he still felt the same way about me.Once I was walking with him and some of my other friends, and we passed the local ice cream place. We all went inside, while he stayed out. My friends bought their stuff, while I was still deciding. I eventually went to the door and asked Matt what his favorite flavor was. He started saying that I didn't have to buy him anything, but I was persistent and he eventually answered the question, chocolate. I bought him a double scoop, and we all sat down on the benches and started eating. I don't know why, but I was incredibly happy then. Matt got a cell phone for Christmas, so we would text and text until he ran out of minutes. Nothing nearly as cute as last year, but it was still nice to talk to him. And now it's summer again. We're both going into eighth grade next year, and that small paranoia has returned to eat at myself while all I can do is dream.

happiest* · 7 years ago on quote 6785848
The best thing in this fairytale is that you both love each other no matter what and i hope you get married him <3
Honestly this is a cute story that should have a happy ending <3 I wish your love never ends <3
Wish you the best :)

megaserperior · 7 years ago on quote 6785848
Same here :) Writing this has made me want to look through all of the old emails and chats.

megaserperior · 7 years ago on quote 6748286
To be honest, he's not the kind of person most people like. In fact, he hates pretty much everyone and most people return those feelings. However, apparently I'm a rare exception. We both REALLY like each other, but we aren't dating. We look a lot alike. We both have really dark brown hair that appears black with red highlights that can be seen in the sun and brown eyes. Pretty much everybody thinks that we're either dating or brother/sister. His hugs are the best thing in the world, I swear. We've only shared one, but it was amazing. It was so firm and steady. I just buried my head into his shoulder and we stayed like that for a few minutes. We both play the clarinet, however I think he's better than me. We like to have little competitions over who gets the first part. It's ironic, at the beginning of the year last year he hated me more than he hates most people and now look at us. We've known each other since we were like two, but we didn't really pay attention to each other until last year. Just talking to him can light up my day in a minute. Pretty much everyone in the grade thinks we should/are dating thanks to a , but as long as we're together, nothing can hurt us.