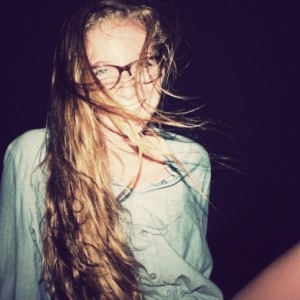 
Je t'aime un petit peu.
Audrey. 16. Boarding school. Ultimate Frisbee. "Life is about creating yourself."
My best friend Jesse wrote this for me on a bad week.
I read it when things feel hopeless: Has it ever occurred to you that you could change your life right this second if you really wanted to?  You could stand up and yell at your teacher if you wanted to. You could place yourself in a life or death situation if you wanted. You could even take that risk and just spontaneously and passionately kiss the one you really love by surprise. You could change the entire outcome of our lives, and if our lives are really as bad as we say they are, why won’t we take those chances?

I don't fight with stupid people on the internet so if you're going to leave a sassy comment on my profile, I will most likely not give one single . Ladies & gents, I have had much worse than you.