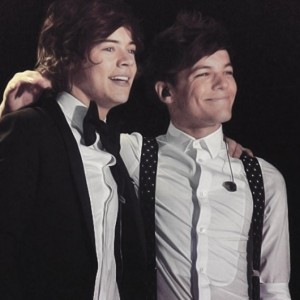 & so the lion fell in love with the lamb.
Hi, I'm Lia. I depend on him and her a lot. I write stuff. That's about it.


(-)
RayWilliamJohnson. Sonic the Hedgehog, Superman (the video games). Instagram, Snapchat, Pinterest, Twitter. Asparagus, zucchini, sushi, buttercream frosting. Mountain Dew, Coke and Rum, warm milk, coffee with too much sugar. The Campaign, Juno, The Jungle Book. Keeping Up With The Kardashians, Jersey Shore, Paula Dean. Form fitting shirts, sweatpants that are straight at the bottom, ripped jeans, raincoats. Heels, rainboots, high heeled leather boots, Croc's, those shoes that have the toe molds. Oboe, percussion, flutes, trombones, english french horns (those little deceiving biaches). Singing in front of a lot of people, dancing, sculpting. The Pretty's series. Blood on the Dance Floor, Country, Rock, Emo, Punk, Christian, Matchbox 20. Cheetahs, lions, black panthers, geese. All of the Madeline's in my grade, plus people who think that they're better than everyone else. Cutie, Abercrombie and Fitch, Aeropostale. Being alone, and when you need help, nobody's there to help you. Squares, rhombus's. Headbands, hair clips, long socks. Bad breath, damp mood, light hair, being too serious. Much more.

Oh, and the people that have asked to be notified for my Broken/Don't Leave are:

For my Trust me are:

If you want to be added to any notification list, just ask and you can have a place on my list:)

Writing is my passion.