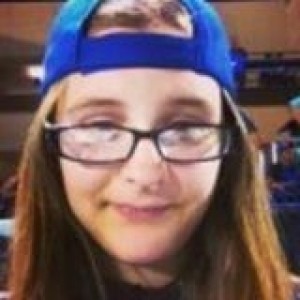 layout credit
Tell me you love me,
and I'll be yours forever ♥ Yo! Guess what?! You're a STALKER. I'm just kidding. Anyways, my name is Alexis, 14 as of October 24th. I'm definitely relationship challenged, if you know what I mean. Wink, wink. I'm a Grammar Nazi, and I HATE text talk. I've been on Witty for a year now! So happy about that. And let me just say, "Steve is so amazing ana I love him." Anyways, my favorite colors are turquoise, white, and black. I go on Tumblr (occasionally), Wattpad, Stardoll, Twitter, Instagram, Polyvore (occasionally), and Facebook. You could consider me a couch potato. A lot of people call me a pessimistic, OCD, unobservant, bitch. I am really rude, even if you are my friend. But just in a joking-around kind of way. So, that profile picture over there *points in the direction* IS really me. I'm not some creep who goes and takes people's pictures. Haha. I love rock alternative music, with the exception of One Direction. I love them so much. I do accept gay marriage, I don't like Nutella, and I don't hate on famous people just for fun. I hate bullying of all sorts. But who doesn't?
ALRIGHT. I've said enough. I think you're getting bored, right? I'll leave it to you to leave now, because I AM boring.
I love you all, Wittians! ♥
P.S. Kind of weird to put this out there, but you guys can e-mail me if you want at ALCunningham12@gmail.com. (Because I only ever use it to make accounts on websites.) ♥

We walk the plank with our eyes wide open. (My favorite song!) Eyes Wide Open - Gotye
:)