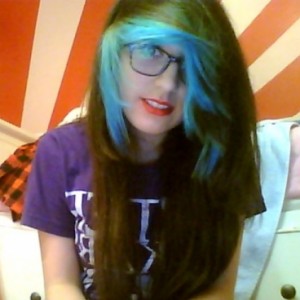 QuotesCommentsFollowersFavoritesFollowUnfollowBlockUnblockLytCredit
About Me
Hey, I'm Parnaz. I'm from Scotland, woop!
My favourite band's either Thirty Seconds To Mars, Tokio Hotel, NeverShoutNever, or A Day To Remember.
Inspirational people? AlNicholas (he's on witty), Christofer Drew Ingle (NeverShoutNever), and Lewis (my friend's big cousin).
Favourite Song? Coffee And Cigarettes - NeverShoutNever
I went to a NeverShoutNever concert on the 21st January 2012 with Bianca, her brother, her mum, her dad and my dad. I LOVED IT! I died when he came on stage. I cried with laughter when he was like 'This song is about ze co-op-er-acion'. He was putting on a funny accent when he was saying that. That's why it kinda came out like that.
Witty Best Friend; Chris Witty (BenniBoy), 4th March 2012.
Main Facebook - http://www.facebook.com/#!/parnaz.mousey.habib
Witty Facebook - http://www.facebook.com/#!/parnazwittyy2