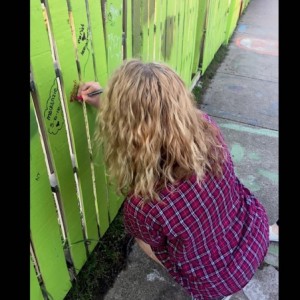 Status: Take in every moment of life.

It had been almost two years since I've been on here, the last time was when I posted when I wrote about my friend here in my bio. I figured I would come on here and update some of my things but my profile is who I was at the time, I'm not the person I was when I was always on here, I joined Witty when I was in 7th grade and I'm about to be a senior. So if there is anything I have I have learned these past 5 years is that...
Whatever you do in life... Never believe that you aren't good enough, because trust me you are great and you will go places in life. If you want to be something or do something in life that you've dreamt of being/doing, do NOT give up. Don't listen to everyone elses opinions on you. Don't listen to rumors about you. Be who you want to be. Be that person who people can turn to when they have nobody else. Be that person who helps people and helps the community. Don't sit around in life thinking that you have all of the time in the world to do something. Whatever it is, start now, don't sit around waiting for the "time to be perfect" because "perfect timing" doesn't exist. Don't let anyone bring you down, remember the good memories and try to forget the bad. The bad memories are the ones that will bring you down, focus on the good and life may be a little better, at least for a little while. Life's too short so speak now. There's no time for words to be left unsaid..
Rest in Paradise Cody 10/9/14, Ich Liebe Dich
:)