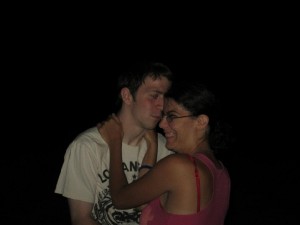 Relationship status:Happily taken
I've been dating this guy named Jeremy since August 24th, 2011. He is my friends ex boyfriend but shes happy we're dating she wanted us to date lol. He's been one of my best friends since i dated his best friend. We've been really close since we met. I've known him for about 4 years before we started dating. I never really expected us to date, our story is kind of cute, we hadn't seen each other in a year and one night we hung out and we were flirting and he leaned in and kissed me out of nowhere. I've liked him for a while now but didn't really want to say anything about it because I didn't want to ruin the friendship but i'm glad we're dating <3. He makes me smile like no other. He knows what to say to make me feel better. He's stuck by me through all the drama. we've never had any fights. He's just perfect to me, I'm honestly so in love with him. I wouldn't say he's the "one" but i def want to be with him for as long as possible. he understands me