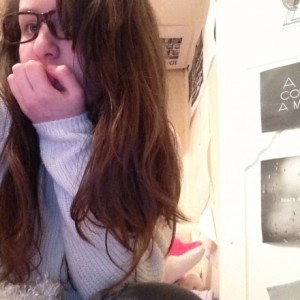 Status: Lesbian...for corinne~ ARI'S THE BEST PERSON ON THE PLANET,LOVE HER<3

Location: With jack at kfc!;) yeh he buying me food bc he loves me more than youuu(;(;||twerkingwithcorinndcx

I'm An Angel With A

Shotgun Fighting Til' The

Wars Won I Don't Care If


Hi I'm Rhi&I'm Kind Of Crazy! YAY!
Sh/t Happens But Life Goes On!
I Like Unicorns&Rainbows&Food!
Lyric Is Fkin Perfect,Ok?♥
I'm Pretty Funny But Yeah,I Laugh Way Too Much!!:'D
If There's One Thing I Know For Sure..
It's That, YOU Are Absolutely Perfect!
Everything Happens For A Reason!
Tilly is better than you,oh
I Have Regrets,Don't Be One Of Them.
I've Made Mistakes But Don't Say You Haven't
I'm Not Everything You Want But I Could Be Everything You Need!
What If..♥


So I just became friends with you like, today, and like jeezus christ we have covered a lot of topics.
Ranting to each other about our problems and shiz.
You're super funny, I love how much character you have in your typing, and how you laugh at pretty much everything. o.o
OH AND THERE WAS THAT REALLY WIERD SCENARIO WHERE LIKE OUR PROFILES SWITCHED AND WE WERE BOTH FREAKING OUT TO STEVE but that's okay we got it all sorted out and ended up becoming friends because of it. Haha :D

And it's really cool you live in a different country than me. POWER OF INTERNET. WOOT!

leprechaunspotofgold (Hannah) hacking this beautiful, drop dead gorgeous, pretty, stunning, flawless girl Rhi here<3
Okay so if you don't know Rhi, get to know her know, you'll become friends with her instantly, literally
& I know everyone is jealous of our relationship Rhi, it's time to come clean with you guys
Rhi & I are married, yes it is official, we are now wife and wife
OMG I LOVE YOU RHI SO MUCH AND OUR CONVERSATIONS ARE SO FUNNY
AND HOW WE ARE BOTH SO OVERLY OBSESSED WITH FRIENDS<3 AND WEL WILL GROW OLD WITH EACH OTHER AND MY LIFE IS NOW COMPLETE
I just love you so much Rhi, I honestly don't know how I've been living without you.
You are my everything & everybody should know how lucky they are to be friends with you.
I LOVE YOU MY GORGEOUS GIRL<3

----
okok wadddUUUuuuuUUUUuuup.
it's nicole.
right well idk im so bad at hacks but you should all know me and rhi have a special twerking bond.
it's really beautiful tbhhh.
and no-one can top it, just face it pls.
idk about u but rhi is one of the nicest people i have ever met.
ye we've argued but she's so forgiving and doesn't let it affect your future friendship.
she always gives me advice(believe me, i need a lot of advice omfg)
she's so funny omg.

whICH ONE OF YOU'S DONE A SH/T AND DIDNT FLUSH IT?!
DISGUSTING.

that video is mine and rhi's life omfg.
the remix will be played at my funeral and that's for definite.
it's their faces when they look at eachother then the camera after their mum shouts at them it's just
so fkin funny idEEEK.
right well i'll leave u w/ this beautiful gif