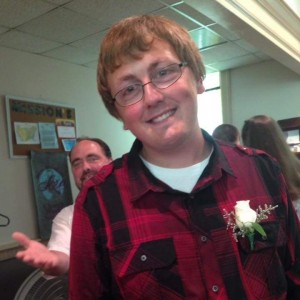 Status: I'm not here for faves or followers. Those things are unimportant. I'm here to be a friend

Tv/Movies: Doctor Who, LOTRs and Hobbit movies, Game of Thrones, Lost, Avatar last airbender, Legend of Korra, Spongebob, Naruto, And a bunch of others to many to name really.
Books: Game of thrones, Call of the wild, LOTR, Huck finn, Alice in Wonderland, Wizard of Oz, and mine!

Video Games(Yeah what ever I like video games): I Play mostly anything really but have been playing a toooon more indie stuff.