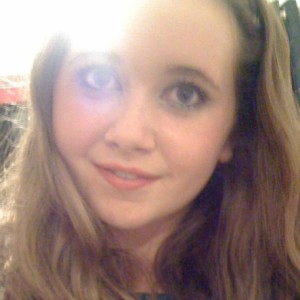 status; HELLO MY LOVERS
aboutme;;
I'm now 17, and turn 18 on the 5th of October and i am british (english) I love One Direction, I am seeing them live in April; Zayn is god. nuff said. Johnny depp is my obsession, i own exactly half of the movies he's in at the moment, raring to get more (thats 28 DvD's). I was born 1995, so i remember the cool shows like Drake and Josh, That's So Raven, Lizzie McGuire, Kim Possible and Phil of the Future, Zoey 101, Sabrina the teenage witch, The amanda show etc! I very rarely dislike anyone, so have a chat if you want!
amazingpeople;;
I Love my family, and my two dogs. they are the world to me. My Best Friend is Lauren - she is everything to me, even if i had no other friends i could settle for just her! Also I love Rachel, who has an account on here: Rach_K! she's so funny and... unique! gotta love her! and Dan, he's me little baby, and jake who is the most trustworthy person i know, james, who used to be my bofriend but we're still friends! Kimberley, who i can be my complete self around! Elizabeth, because she has a big bum... hahahah not really, but thats why i love her :')
music;;
As i've mentioned before, i love one direction! I have a huge range of music i listen to tho, i like people from 1D to eminem, to fall out boy, to lily allen, to marron 5, to katy pery, to swedish house mafia to mayday parade to miley cyrus to bon jovi to demi lovato to meatloaf to elton john to beyonce to taylor swift to musical soundtracks to ed sheeran to emili sande. i like most music tbh :') So far i have seen/got tickets for these acts live: Girls Aloud, Steps, Jonas Brorthers, 1D, P!nk, Katy Perry, Take That, Bon Jovi, The Script and Glee Live.
(c) SimpleLayouts

Which Hogwarts house will you be sorted into?