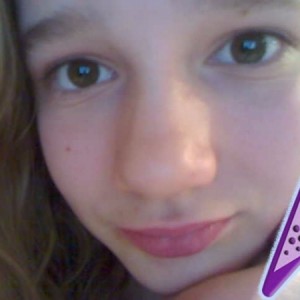 Status: I am not wearing makeup in my profile picture - and it's not photoshopped either. Just beautiful me.

This is DestinyTulip's story account!
I am currently writing a fanfiction called Battle Scars.

I'm 14, a self-confessed Directioner, and I LOVE TO SING.
Like, seriously.
Forget singing in the shower.
I sing anywhere and everywhere.


You may be wondering why I like One Direction.
Well, let's put it this way.
I am told on a daily basis that i did not have a beautiful face, and that i was ugly.
Before WMYB was released, I would have agreed with them.
You could'nt tell that i had no self esteem, because at eight years old even I knew how to fake a smile. I pretended nothing touched me, but even just a simple word shook me to my core.
and now, I'm reclaiming my lost childhood, and acting like an eight-year old who loves the way she looks.
I'll always be six years behind in my maturity because of it.
But at least I'll be making up for what childhood i lost.'

Thank you, one direction.

And now, introducing the best GIF ever made: