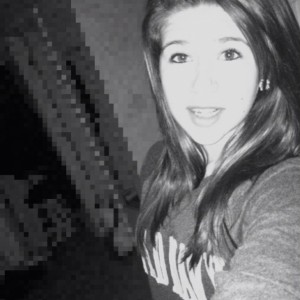 Status: I'm thee girl on the left.. thaat chick next to me, yeah, shes my BEST FRIEND.♥

Location: where the wifi connection is.

Jamie. 13. Volleyball. Tumblr. Ed Sheeran. Pierce the Veil.  I'm never shy even when you first meet me. I can be a real b.itch and I hate everybody. No, that doesn't mean I hate you. Talk to me sometime, because I love making new friends. I met one of my best friends, Erin, (Just_A_Little_Too_Addicted) on this website and would love meeting new people that I can relate to and get along with. I cut. It's been about 2 years since I started and I would do anything to go back and just put down that knife that day. everything would be so much easier. I recently got dumped, and it kills me everyday. he threw me away like i was nothing. I may as well not exist because it feels like nobody cares. Music is my life and I wouldn't be here today if I didn't have it. well, if you ever want to talk to me just comment on my profile, I'm always here if you need to talk.