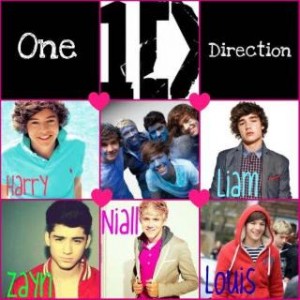 Helllooooo(:
My name's Christina and I'm 14 years young & have a serious sickness.
ONE DIRECTION INFECTION♥
Yeeahhh; I'm a Directioner;*
Are you? I hope so♥
Hate them all you want, but don't comment on my profile calling them gay or worthless.
Possitive commeeenntts pwweasseee!
I get all this facts from Tumblr, Youtube, Twitter, Tv, ect. So I'm not "copying" anyone.
I'm deeeppppllyy in love with all 5 of them.
But I do have a favorite ;o
I know I shouldn't BUT I DO!
Niall James Horan♥
I. Am. Marrying. Him.
Back off ladies.
He's mine.

baby, you light up my world like nobody else♥